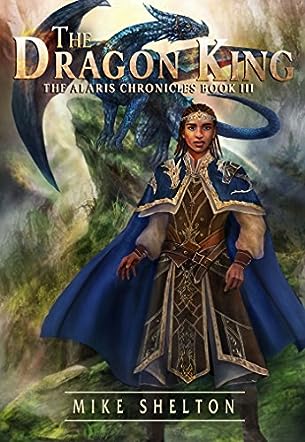 Mike was born in California and has lived in multiple states from the west coast to the east.. He cannot remember a time when he wasn't reading a book. At school, home, on vacation, at work at lunch time, and yes even a few pages in the car. Though he has read all sorts of genres he has always been drawn to fantasy. It is his way of escaping to a simpler time filled with magic, wonders and heroics of young men and women.

Other than reading, Mike has always enjoyed the outdoors. From the beaches in Southern California to the warm waters of North Carolina. From the waterfalls in the Northwest to the Rocky Mountains in Utah. Mike has appreciated the beauty that God provides for us. He also enjoys hiking, discovering nature, playing a little basketball or volleyball, and most recently disc golf. He has a lovely wife who has always supported him, and three beautiful children who have been the center of his life.

Mike began writing stories in elementary school and moved on to larger novels in his early adult years. He has worked in corporate finance for most of his career. That, along with spending time with his wonderful family and obligations at church has made it difficult to find the time to truly dedicate to writing. In the last few years as his children have become older he has returned to doing what he truly enjoys - writing!

In The Dragon King, the last installment of The Alaris Chronicles by Mike Shelton, Bakari, the scholar-wizard-turned-dragon-rider, is coming to terms with being acknowledged through the land as the Dragon King. The story picks up where the last book, The Dragon Rider, left off. Bakari and his dragon riders, together with Allison Stenos, Alaris’ Battlemaster, and Roland Tyre, High Wizard of de Citadel, have prevented bloodshed and political instability by vanquishing the power-thirsty evil Wizard Kanzar. The land’s political unrest is ultimately solved in a peaceful way – now Alaris has a new king, Mericus deGrande (both wizard and former judge), voted in by the people. The only loose end is that the Chameleon, a shape-shifting evil wizard, escaped the trio and is believed to be sowing discord and preparing the way for a much bigger evil to come forth. Bakari needs to find the last rider and his/her dragon, but before he leaves for the north (where the force of the dragon is pulling him), everyone is invited to Elvyn for the coronation of King Lanwaithian of the Elves. However, during the ceremony, the Chameleon makes a surprise appearance, hurting King Lanwaithian and tainting one of the dragon riders. Bakari sends his riders to the west, to Solshi and Quentis, while he takes off to the north, to the Realm, to find the new dragon and rider.

This book deals with the biggest and most heinous evil force the three friends and the riders have confronted. It also focuses more on understanding the power of the dragon and how it is different from the magic of wizardry. We are also introduced to a new set of characters who have yet a different type of power: the seers, who can get into your head and see your thoughts. The adventure pushes the three main characters - Bakari, Roland and Alli - to their limits, testing them and their magic to the fullest. Packed with adventure and a page-turning pace, The Dragon King by Mike Shelton finally closes the three-book saga of The Alaris Chronicles. It leaves the door open for many more stories to come, but at long last Bakari is rightfully and definitely set as the Dragon King.

While the other two books were a lot more focused and rooted in the political machinations behind the struggle for power, this last episode of the series deals a lot more with pure fantasy and the dual fight between evil and goodness, darkness and light. Despite there being a couple of places where I had trouble suspending my disbelief as an adult reader, it is a wonderful fantasy read. The world, the setting, and the story evolve and are profoundly appealing. Due to the nature of the graphic descriptions and the violence in some of the situations, I’d caution younger readers. But teens and young adults will really enjoy this final chapter of the story of these young wizards.