Murder Under A Black Moon 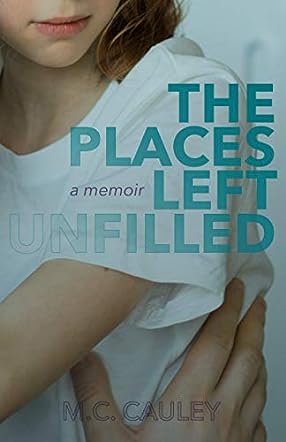 The Places Left Unfilled, a memoir by M.C. Cauley is a refreshing change, both in how the memoir is written and in its almost surprising revelation of the details of a sexual relationship between a minor and a middle-aged adult. Let’s look at that second aspect first. To date, most of the books I have read and reviewed that detail child sexual abuse by family relatives, close friends, trusted caregivers, or teachers record how the victim was groomed, then abused, sometimes over several years, and how the predator’s actions remained forever a secret. It often takes a lifetime for such victims to stop feeling guilty for what happened to them and accept that this was not their fault. M.C. Cauley’s story is very different: with a no-holds-barred approach to telling the story of her 10-month mental and ultimately sexual relationship with her TaeKwoDo master, Bill, one clearly senses she is almost absolving him of blame, even after she eventually learns that she was one of several young girls victimized by Bill. There is really only one explanation for her stance: right or wrong, Morgan truly loved Bill and never saw him as a predator. The Places Left Unfilled is quite different when it comes to memoirs of sexual abuse.

The other difference between this memoir and I’ll say the majority of others is that M.C. Cauley writes this story the way others write fiction: she introduces and lets us discover characters through their own words and actions. I love this aspect of Cauley’s writing! She doesn’t just narrate, narrate, narrate! Her characters move, speak, think, and breathe life and reality onto the pages. The story moves along quickly, engaging us constantly with Morgan’s honest and uncensored reflections on herself and those around her. Teens who pick up this book will be comforted by Cauley’s willingness to share her innermost thoughts and urges so openly: she is just like them but not afraid to speak her truth. It’s so refreshing to see this kind of “show, don’t tell” in a memoir. If only to see how well such a technique works, others thinking of writing a memoir should read this book. As for the rest of us, if you are interested in discovering a little-explored side of childhood sexual abuse, The Places Left Unfilled is a riveting and enlightening read.