Andres and His Rubik’s Cube Madness A Hole In The Apple The Road Behind Me 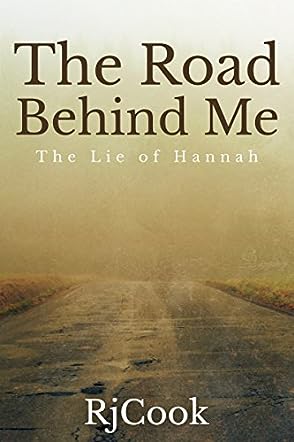 Reader's Favorite Five Stars!
Born just two days before the arrival of summer, RjCook considers himself a child of the sun. Welcomed into a large, expanded family, nevertheless he experienced a lonely childhood. RjCook had questions but no one had answers, he was accused and guiltless, ambitious but thwarted. Life was a challenge to understand, and towards that endeavor he put pen to paper.

Above all else, writing was anathema, but was also healing. A young man thrust into a world tougher than he was found the power of words - combinations on paper he created - to be the motivation to move forward, to succeed. Young ladies were smitten by his poetry, presented as a gift. Fellow musicians (for that was another path he chose) were enamored of his prose used as lyrical accompaniment to their compositions. Employers discovered his gift of clarity in the general text in product descriptions, instructional formats, etc.

But these weren't RjCook's ambitions. He perceived himself as a natural-born story teller, a "bullshitter" his friends called him, so he wrote and wrote, but soon discovered a drawback to this passion: he despised his writing!

While still young he knew his lack of talent would not pay the bills and with his own family to care for he searched for another life's calling. Forklift operator, truck driver, photographer, real estate salesman, advertising, layout artist, telephone company administrator: numerous careers that offered no more than a temporary fix to a wordsmith junkie. In each pursued career path, rising to the top was easy, often too rapid. Each management position, each supervisory role RjCook held would self-destruct, mostly, by his own admission to his own restless ambition.

But there was always the writing. Countless short stories, poems and random, besieged thoughts put to paper, stashed away, never to see the light of day again. He hated his writing, loathed it even. What RjCook heard in his head he could not get from his pen. But wasn't that the idea of good writing? To never accept anything as your best?

Whatever it was supposed to mean was not relevant to his accrimonious disposition. Writing was necessary, it was the opiate of his soul, the thread to his needle. It wasn't until years later his work would find its place in a memoir of his earlier years, and as a monthly column in an online Internet magazine. But it still evoked a bitter pill RjCook swallowed to let others read his work.

It is for his children, his grandchildren, and the Mrs. A legacy he will leave behind for them. The reason and the chosen path forward are clear: RjCook needs to write. These days, he finds much of his time engrossed with his monthly column, The Life Around Me, featured in the online magazine. hRLand.net.

The Road Behind Me: The Lie of Hannah is a non-fiction memoir written by RjCook. He was born in the early 1950s, part of the baby boomer generation, and was raised in Passaic, New Jersey. While Cook had five other siblings, they were quite a bit older than he was, and had left home before he reached the age of five. His parents were steeped in memories of the Great Depression, and living through it had formed their view of the world, even now when there was infinitely more opportunity to be had. Cook was not terribly interested in academics or going on to higher education. He wanted to be a musician and spent his teens perfecting his skills playing bass. The group he and his friends put together actually got some gigs, including one playing six nights a week in a club in Hackensack. It was outside the club that he first saw Hannah. He had been transfixed by her, and for a moment, it seemed that she had been as well. What followed was several months of stolen evenings after his performances and before her father got home from the night shift. Then one day, abruptly, it was over, but Cook just couldn't wrap his head around having lost the great love of his life. Although he had no doubts in his mind that she had moved on, she would remain his motivation and guiding star.

RjCook's non-fiction memoir, The Road Behind Me: The Lie of Hannah, transports the reader first back to the early fifties, to the time when he and Hannah were born, and then on to the early seventies, when they were teens. He does so through a timeline of events current during each relevant year, and some readers may find the references to be ancient history while others may become just a bit nostalgic. Cook is brutally honest in this memoir as he speaks of his romantic entanglements as well as the loss of his great, once-in-a-lifetime love, Hannah. Along the way, the reader gets to accompany him on a marvelous trip out west to California in a van restored by his friend, Mike, and we share his experiences traveling down through Washington State and into Southern California. Cook spent one year on the West Coast, a year that was often lonely and alienating, but also illuminating and powerful at times, especially those nights he spent under the stars.

Cook paints vivid images of that year: the places, the parties, the people he met and befriended, and the stars at night. Some of those images are unforgettably lovely and poignant. I could feel his misgivings and sense of loss as he set off back to Jersey, leaving the place that seemed to hold such promise. The way back is a brilliant montage of places and the kindness of random strangers, and his road trip segments are lovely, funny, and very human. His descriptions of those random strangers are often insightful and larger than life. And while he may not have thought there was any change in the boy who went out West, the man who I saw coming back had been vastly transformed indeed. The Road Behind Me is highly recommended.