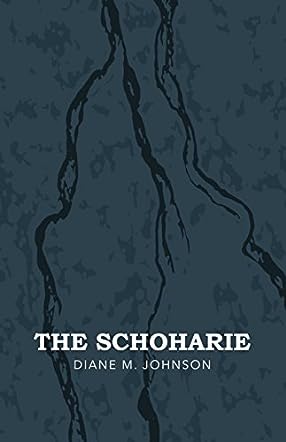 Diane is an award winning writer of multiple unproduced screenplays. She is also a script reader in her spare time. This is the novel that developed from one of her first screenplays. It was inspired by an actual bridge collapse that took place near where she grew up right around the time that she left home for Hollywood.

A terrifying presence is out for revenge in the haunting supernatural thriller The Schoharie by Diane M Johnson. Until the erection of the Schoharie bridge in Fort Hunter, Joe Bonner was considered an upright young man. Soon after the bridge construction began, Joe started acting strangely. He was sabotaging work at the site, but maintained he wasn't responsible. Joe insisted he was being possessed by an entity resembling an Indian, and the Indian was the culprit for his malicious deeds. Joe's mental imbalance ultimately led to his infamous death. Thirty years later, Joe's son, Aaron, is still living with the stigma of his father's insanity and actions. When a flood ravages the bridge, Aaron is nearly a victim to the currents eighty feet below. Narrowly surviving the bridge's collapse, Aaron is standing next to the chasm where the structure once stood. There he witnesses a native in full dress standing on the opposite side. From that moment, the native spirit haunts Aaron, leaving him fearing for his sanity. The return of the phantom Indian once again causes havoc in the community. Is Aaron following in his father's footsteps or is there an ancient dark force punishing those who live in its territory?

The Schoharie by Diane M Johnson is an electrifying supernatural tale infused with mystery and suspense. With life and death hanging in the balance, the unearthly aura of the story draws the reader in at the opening of the story. Hints of sorcery and Native American history weaving in and out of the plot give the story an ominous quality that haunts the reader long after they are finished reading. With unique characters and an eerie backdrop, this is an excellent book to read on a dreary day and will not fail to raise goosebumps. It is an outstanding mystery novel that will delight those who enjoy bone-chilling mysteries with a supernatural flavor.

Inspired by the events of April, 1987, when the I-90 Thruway collapsed because of the flooding of the Schoharie Creek in rural Central New York, The Schoharie by Diane M. Johnson is a supernatural tale that will give readers the creeps as they are enthralled by the spell of the story, turning from one gripping page to the next. When the bridge collapses, it takes so many lives with it and a volunteer firefighter, Aaron Bonner, almost loses his life in the incident as well. Now, Aaron claims to have seen a vengeful Indian spirit pull the bridge down.

This young man couldn’t convince Sheriff Ben Harrigan, his girlfriend’s father, that the spirit he saw might want more revenge. The sheriff thinks that Aaron, like his father before him, is suffering from a mental illness. But what if what he says is true? What if there is some supernatural power out to take revenge on the people of Fort Hunter? That is something the reader has to find out for themselves.

This is a well-written story, based on incidents that actually took place in 1987. Diane M. Johnson writes beautifully and she has the gift of pulling readers into the story, making them experience the emotions that the characters experience and painting a setting that is real in the minds of readers. I loved the crisp and tight prose, the author’s excellent development of conflict, and the surprises in the story. The Schoharie is a well-crafted tale that will entertain fans of the supernatural genre, thanks to its realism and its memorable characters.

The Schoharie by Diane M. Johnson is a supernatural tale that is based on factual happenings at Fort Hunter, New York. After thirty years, the Thruway Bridge that was built under tension and controversy collapses, and it takes with it several lives. A young firefighter, Aaron Bonner, barely escapes with his life and now claims that he saw a vengeful Indian spirit pulling down the bridge. But who could believe the wild tales of a young man whose father also showed signs of insanity. While the Sheriff refuses to believe the tales of his daughter’s boyfriend, Aaron, he is quickly faced with happenings that indicate otherwise. Now, it’s time for him to face the truth about Joe Bonner's insanity, the man who was there the moment the bridge was first built. Can he evade the evil that is about to befall his town and save it from peril?

Although it can’t be classified as a normal horror, The Schoharie exudes the creepiness that excites fans of horror and has them spellbound and gripped by the throat. Diane M. Johnson knows how to weave a yarn that is delightful, a great story teller who crafts an array of compelling characters and explores them deeply, unveiling different layers of their personality. Aaron Bonner is one of my favorites and it is interesting to notice how a near-death experience awakens his supernatural senses. The story is well-plotted and beautifully paced, character-driven and emotionally intense, with a small town setting that is fitting as it creates the sense of mystery. I am not usually a fan of this genre, but I was utterly gripped by the story. A real delight!