The Secret of the Grand Hôtel du Lac 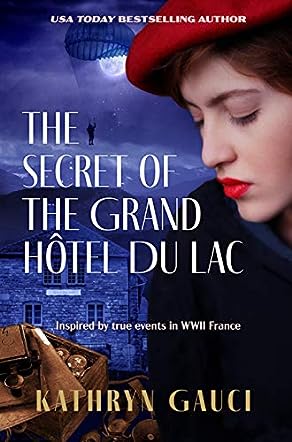 WWII is a particular area of interest to me, especially France, and I always like to visit the places I write about. This story was based on a two and a half two month stay in the Jura, Eastern France, during winter 2019-2020, researching WWII Resistance and escape routes into Switzerland. I traced some of the routes the escapees would have taken and visited many sites where the Gestapo, aided by collaborators, made surprise attacks on the Maquis. There were many. I also got to know the areas the Special Operations Executive (SOE) agents were operating from and the terrain they operated in. The actual house were I stayed also had a story. The original building was once a hotel and was burnt to the ground in a surprise raid by the Gestapo, the result of reprisals against the population for attacks by the Resistance and anger associated with the Normandy Landings.

The Secret of the Grand Hôtel du Lac by Kathryn Gauci is a beautiful historical novel about the German occupation of France. Between 1943 and 1944, the Nazis occupied France, inflicting varying degrees of hardship on the French in the name of Hitler. England stepped in to save France by sending its best SOE agent, Guy Maxwell, to join forces with the local Resistance in driving the Germans out. One fateful night, while Guy and his team waited for airdropped supplies at a discreet location, something terrible happened which sabotaged their mission. Someone had sold them out, and no one knew Guy’s whereabouts. His wife, Agent Elizabeth, was sent to France on a mission; find Guy and fish out the traitor. The opponents will soon realize that behind a beautiful face lies a lethal mind.

The Secret of the Grand Hôtel du Lac by Kathryn Gauci is an exceptional novel. It will appeal to lovers of espionage, war, and historical novels. I enjoyed reading this book, as it felt like I was in an action movie. Kathryn perfectly blurred the lines between fact and fiction, creating a thorough blend of literary enjoyment. The characters of the star females, Elizabeth, Amelie, Odette, and Madame Sophie, were so well developed that I fell in love with them. They were formidable characters whose contribution to the freedom of France will never be forgotten. The story is one of war and based on true events, but it also incorporates love, deceit, determination, hope, and bravery in the face of danger. I appreciate the stylistic writing and clean editing, which made for a beautiful reading experience. Thank you, Kathryn! Give us more.