by Butch and Louie 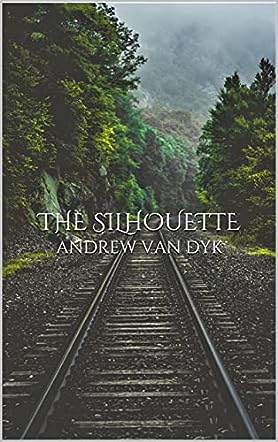 Born to a Cypriot mother and a South African father, my youth was mostly spent in South Africa, both Johannesburg and Cape Town, however I have lived abroad, in Greece.
I have been writing in one way or another for over a decade, although The Silhouette is my first novel.
The inspiration behind my book is somewhat vague, however the meaning to the novel suggests I was inspired by the importance of family, friends, and the quest to understand oneself.

The Silhouette by Andrew Van Dyk presents an early twentieth-century rural commune that is flourishing but hiding a dark secret. The first several chapters present the beautiful, serene, wooded setting beside a glittering lake. There are three three-story cabins, and we meet the residents; at first, the kids getting up in the morning, then the women cooking breakfast, and the men preparing for a hard day’s manual labor. The place is idyllic, everyone chatting, teasing, and living in enviable harmony. One young teen is highlighted—James Galloway, son of Jenny, herself an echo of Hester Prynne. It reminded me of an Amish community, without a religious underpinning. Of course, no novel can consist of pure happiness, and we soon learn of a nearby community named Dreary, where the longtime mayor has just died suspiciously. Then comes a split between the Log Cabin Community and the town, particularly regarding the fatherhood of young James as it relates to the deceased mayor. The question is can this happy Log Cabin Community hold together?

Besides the unraveling of dark secrets and their implications, what impressed me most about The Silhouette is its literary style. Both the vague similarity of theme with The Scarlet Letter and the style of Hawthorne dominate the book. In its formality and florid language, the narrator’s storytelling took me back to my undergraduate literary studies, as if the style is the main purpose of the book and the third person narrator one of its main characters. The prose is magnificent in its rhythm, description, and characterization. Of all the books I’ve reviewed, this is the first that takes us back in time not only in plot and theme but in its amazing storytelling wordcraft. Sometimes I almost lost track of the story simply to enjoy Mr. Van Dyk’s literary art, as if he was longing for a narrative style before radio, TV, film and … Hemingway. If you long also for such a literary craft, where each phrase is its own work of art, don’t miss The Silhouette by Andrew Van Dyk.