The Red Stain of Cain 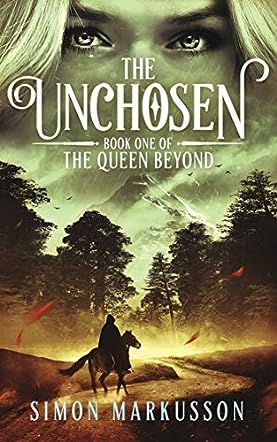 Simon Markusson is a journalist from Upplands Vasby, Sweden, holding a BA with double majors in Journalism and History. He grew up reading the epic fantasy series of David Eddings, Robert Jordan and George R. R. Martin. The Unchosen is his first novel.

The Unchosen by Simon Markusson is book one in The Queen Beyond high fantasy series. Alwarul the Old is an ancient wizard powerful beyond imagination but long forgotten in the world of men. Realizing that he’s coming to the end of his life, he goes on a desperate search for knowledge that could restore and perhaps extend his life. In so doing, he awakens an ancient evil that will destroy the world of the living. But all is not lost; the goddess has chosen a hero to vanquish the darkness. Tired of his life as a farm hand, Nathelion Nightshadow is quick to join the crazy old man’s quest if it means leaving his old life behind. He doesn’t believe in the darkness, demons or the Queen Beyond. But what will he do if he discovers that the old man is not crazy after all?

After finishing the last page, I am left with this unquenchable desire to know what happens next. The Unchosen is truly an epic tale filled with humor, magic and non-stop adventure. The dynamic between the characters is outstanding and makes for some awesome dialogue. I must commend Simon Markusson on creating not only lovable characters but making the reader feel a part of the crew. The dwarf Molgrimin gave me many laugh out loud moments and teary ones too. As for the unlikely hero Nathelion, his story is a revelation. From being a farm hand to an acting-hero to having his world turned topsy-turvy again when he discovers that the quest is real. I am officially a fan and I’m sure fans of The Lord of the Rings and other high fantasy tales will enjoy this book too.