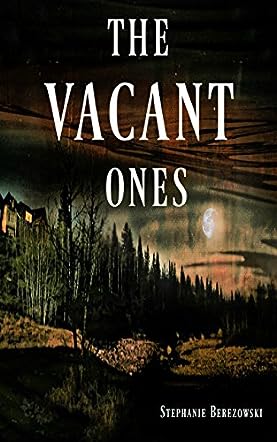 The Vacant Ones is a YA occult horror story written by Stephanie Berezowski. Emily was having a difficult time coping with the loss of her sister, and she wasn't the only one. Her mother, Sue, having already suffered the loss of her first born, now retreated into alcohol and starvation at the loss of her youngest. John, Emily's father and Sue's ex-husband, had returned to the old family house, hoping to ease Emily's burden, and it didn't hurt that he had made a business from keeping people safe. Something people would pay heavily for these days. With each full moon came terror, brutal murders, and horror. It was said that these things, these werewolves, had always been in the area. But something had changed now; instead of picking off those straying after dark, they were bringing the hunt to the town. An ancient tale holds a few answers, but even ancient wisdom is flawed when the force itself has evolved. The closest assessment of our time was that it was a virus, but those more connected to the world knew it as something else. Lunaticus, a spirit that eats away at the spirit and humanity to expose the evil within for the three days of a full moon and become what they refer to as The Vacant Ones. The most dangerous are those known as Black Coats, for they retain their intellect. It is said everything finds a balance, but sometimes the balance must first tip askew.

Written in the first person from Emily's perspective gives the reader a real feeling for the suffering, distress, and even happiness that she experiences. When I first saw the word "werewolves," I'll admit I was a little deterred, imagining the more modern portrayal which has driven the monster to become the misunderstood ally, and the genre into stagnation. How refreshing it was to once more see dark creatures and evil intentions prowl the land in the form of Black Coats, hunting and bringing terror to all, their actions reflecting their predatory nature. Dark and gritty, with stomach turning action and a sense of fear, this certainly makes for a page turning read. Stephanie Berezowski succeeds in once again restoring the terror, as well as finding a balance to a stagnating species. Well written and atmospheric, a must for fans of horror and the supernatural.