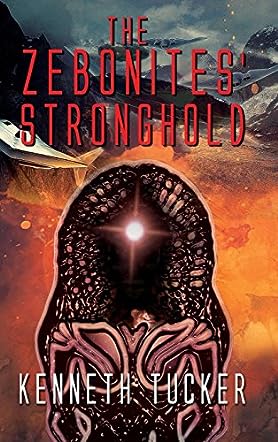 The Zebonite Stronghold, planned years ago, attempts to be a different kind of science fiction novel. Most of the sci-fi I read in the pulps, were adventure tales, with stalwart heroes and beautiful heroines, who, while hardly noticing each other during the tale, headed to the altar after the defeating the aliens. I wished to write a novel with realistic characters--persons suffering from alcoholism, relationship problems, depression, and other psychological issues which contribute to the conclusion. Of course, I wanted to include alien monsters, robots, flying saucers, and ray guns. I hope you enjoy my atypical sci-fi novel. I was born December 2, 1940, in Louisville, Kentucky. In 1970 I received my PhD. from the University of Kentucky and was employed by Murray State University. I specialized in teaching Shakespeare and literature of the English Renaissance. I have written articles on diverse writers and continue to write reviews for The Shakespeare Newsletter.
Upon retiring, I devoted myself to writing, producing Eliot Ness and the Untouchables and Shakespeare and Jungian Typology. Among my novels is A Wilderness of Tigers, based upon the savage rampage of Kentucky’s Harpe brothers. My imagination follows what it wills; I stick no genre. But my novels may be classed as Southern Gothic, science fiction, comic fantasy, detective stories, horror, or combinations of these fields. Long fascinated by Eliot Ness, I recently wrote The Familiar Compound Trickster, a fictionalized account of his attempt to track down a serial killer known as the Mad Butcher of Kingsbury Run.

The Zebonites’ Stronghold is a work of science fiction penned by author Kenneth Tucker, suitable for teenage and adult readers alike. Diving into the popular sub-genre of alien invasion, Tucker puts a unique spin on the concept by having humanity invite the alien race, the Zebonites, to build their own stronghold in the Florida Everglades in exchange for the marvelous advancements they will offer Earth. But when contact team member Joe Tanner works with and looks closer into the Zebonite agenda, he finds that their shroud of mystery is hiding a lot more secrets than the planet had bargained for.

This novel begins as a slow-burning mystery which suddenly explodes into an all-out action adventure, focusing hard on humanity’s ever-consuming quest for advancement and betterment of the human race. The Zebonites represent many philosophical elements of human nature which are lingering in the background of this well-structured novel, making it all the more engaging to connect with Joe Tanner and the harrowing decisions he must make for the immediate fate of his people and humanity as a whole. The descriptions are vivid and well placed so as not to spoil the action moments of the novel. Joe’s narration keeps us guessing as we discover things and figure them out alongside him with cleverly-laid clues by the author. Overall, The Zebonites’ Stronghold is a compelling piece of drama that bucks the trend for flashy science fiction and focuses on human nature as the fate of the world hangs in the balance.

The Zebonites’ Stronghold by Kenneth Tucker is a science fiction tale that follows the adventures of the Zebonites from a distant star who arrive in a decadent America tottering towards insurrection and offer their help. The deal is simple—the Zebonites offer astonishing medical and scientific solutions in exchange for permission to set up their military base in Florida’s Everglades. It is an attractive deal, one that any sane government can’t refuse. The only problem is that the Zebonites are not what they pretend they are and what starts as a simple agreement quickly develops into conflict because the strangers want to remain mysterious and they think they are superior to humans. Can anyone oppose them? Anti-Zebonite sentiments are growing and President Hardy’s popularity declines from day to day. Can the US be saved from alien imperialism?

The writing is colorful and atmospheric, filled with descriptions that paint the setting in vibrant colors and images that stick in the mind right from the very first paragraph. Notice the attention to detail and the overpowering sense of storytelling that captures elements of the setting and how the characters relate to it: “The last act began that sweltering August night, but I didn’t know the curtain was rising. I stood on the cement landing, built into the side of civilian apartment T-S-38, slapped away a mosquito, and gazed out past the distant fence and the jungle beyond, toward their dome—even though it was more than thirty-five miles away, beyond clusters of tropical trees, quicksand pits, and swamp.” The characters are wonderfully developed and the narrative, related by Joe, one of the leading characters, is impressive and gripping. The Zebonites’ Stronghold is filled with action and powerful plot points and readers will love to follow the characters and watch as the conflict escalates. This is an interesting sci-fi story with unpredictable twists.

The social and political landscape in the US is deteriorating with uprisings looming on the horizon. It is at this time of dire need that the Zebonites, alien descendants from a distant star, arrive with the irresistible offer of technology with stellar developments in medicine. In return, they want to establish a military base in Florida's Everglades. And therein lies the whole problem because the Zebonites don't look like people who can accept no for an answer and the population is already divided because of their offer, with their mysterious ways and ruthlessness towards those who resist them. From every indication, they have the power to impose their will and it seems it's what they want to do. Can anyone stop them from colonizing the United States?

The Zebonites' Stronghold by Kenneth Tucker is a fast-paced, action-packed science fiction tale with good doses of drama and intense conflict. The novel features themes of patriotism, the lure of science, the game of power, and alien imperialism. Joe Tanner is one of the characters that are well developed and readers will keep reading to see if they can unveil the mystery about this powerful race of aliens that only communicate through robots and mutated beings. The sense of helplessness and the flickering hope in the characters hit home hard. Kenneth Tucker gives readers a good sense of setting and the character arcs are impeccable. I loved how the characters, especially Tanner, develop through the conflict. The Zebonites' Stronghold is filled with surprises, an intelligently plotted novel with a strong conflict and skillfully developed characters.