Where the Rain Cannot Reach 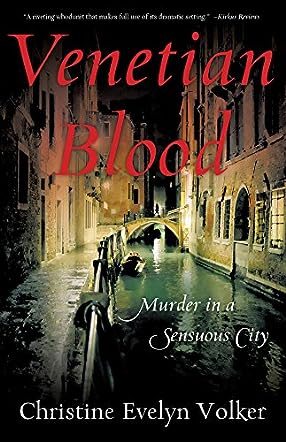 Anna Lucia Lottol works for the US Treasury as a financial investigator who tracks laundered money with complex algorithms. On a visit to beautiful riparian Venice, Anna becomes suspect numero uno in the murder of Count Sergio Corrin. Anna did know Corrin, and had even met him not even a day before. Using her skills as an analyst, Anna begins looking into Corrin's murder in an effort to avoid arrest. She had already suspected that Corrin was a money launderer, and feels his death most likely related to that, though there were certainly many who might want Corrin dead. Helping Anna is her journalist friend, Margo. As the search grows more difficult and convoluted, Anna must broaden her circles of trust to include Count Alessandro Favier, his friends Agatha and Dudley, and Robert Cavallin. Favier's family archives offer some clues, vague though they are at first. As Anna begins to nose closer to the truth, she is given a warning to back off when a cart accident causes Anna to end up in a canal, nearly drowning.

Venetian Blood by Christine Evelyn Volker draws you into the seductive setting of Venice, Italy. Beautifully wrought language, Machiavellian intrigue, and the mystique of hidden history blend together to make a modern historical mystery near impossible to put down. Anna’s investigation into Corrin’s murder is the main story, but there are several sub-stories. There is Favier's past, the loss of his family and the events surrounding it. There is Pablo, a Peruvian acquaintance of Favier, who has lost his medical license. There is Roberto Cavallin, who is hiding something. This is a modern day mystery, with just a smidgen of the paranormal woven throughout in the form of mysterious singing and ghostly forms at a neighboring house to the pensione where Anna is staying. Everyone denies that the home is occupied, and indeed, it appears empty and forlorn. The bigger questions are if Anna can shake off her own past, and if she will ever be able to trust again.

I fell in love with this story, and finished it in less than two days. Volker’s phrasing is lyrical, like the beauty of the Italian language itself. She has seeded Italian throughout the story, and makes sure to give translations or to give enough context so that the meaning could be guessed. I loved the surprise wrap-up. I found it so perfect and sweet. Highly recommended!