Wrapped Up In Life With Omniscient Eyes 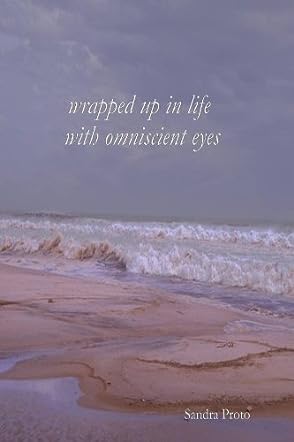 Sandra was raised in South Jamaica and Rockaway, NY. She started writing poetry at the age twelve. Her debut poem was entitled, The Late Great April, giving homage to the first time it snowed in April. She wrote Late Great April as an English class assignment. Her teacher was so impressed by the poem that he tried to get it published. After this experience, Sandra became a "Bedroom Poet" who composed Blackberry Beauty, Light, Compositions, and many others. Blackberry Beauty (her signature poem) was featured in SaSi's Production of Identity and the Rockaway Artists Alliance Palindrome Exhibit. Sandra is also, a fiction writer, playwright, and an essayist. Her essay on Theodore Doctor, one of the first African-Americans to reside in Rockaway, New York, was published in The Wave Publication of Long Island 110th Anniversary issue and her personal essay Motherhood Memories was published on The Spartan Opinion.

Sandra earned her Bachelors in Theater at the State University of New York College at Brockport. She has done extra work on such films as A Bronx Tale, Carlito's Way as well as HBO's Strapped (Directed by Forest Whittaker) and Subway Stories (Directed by Rosie Perez). She also worked in NYC theatres and performed her poetry at various Art Organizations.

"Wrapped Up in Life with Omniscient Eyes" by Sandra Proto is a collection of poetry based on the life experiences and observations through the eyes of the author. The first poem of the book is entitled "Blackberry Beauty", which uses metaphorical prose to emphasize the fact that beauty is found deep within and although others may see beauty as a likeness based on appearance, it is the individual who perceives their own beauty. "Blackberry Beauty" is about how the author describes the complexion of her skin tone which others may see as a negative flaw. But the author remarks that it is her mind that she can empower with the positive force of her beauty and adds that she can share the beauty of herself with others.

I enjoyed reading this book of poetry collection. The author writes about a variety of experiences that include subjects such as self love, love, friendship, death and social consciousness through her life from puberty through adulthood. I was impressed how well the author has written, leaving the reader with a memory of the relation to the different subjects that are deal with in poetry and leave them with a lot of food for their imagination. I will recommend this book for readers who are looking at how beauty is measured through appearance only. This is a good book to read from the beginning to the end for all those who may be interested in taking that journey through life with self evaluation and following whatever path it leads to.