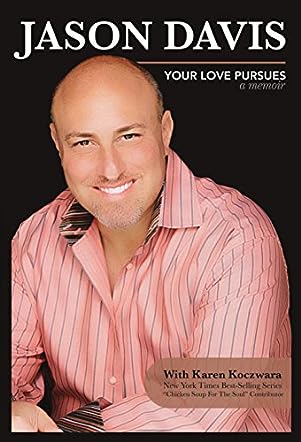 Since 1999, Jason Davis has been an entertainment industry executive with a broad range of titles including award winning songwriter, award winning author, A&R executive, executive TV Producer, entertainment consultant, former Senior Vice President of Dolly Parton’s Management Company, and founder of entertainment corporation One One 7. A native of New Jersey, he began his career as a hit songwriter, topping the Contemporary Christian Music charts, winning multiple ASCAP songwriting awards, and being nominated for a Latin Grammy. Davis has also secured record deals with CEO’s from the largest music companies in the world, including Capitol Records, Sony, Interscope, Island / Def Jam, Epic, Atlantic, RCA, and J Records. Traveling between New York, London, Los Angeles, Miami and Nashville, he built a reputation working with the top songwriters, producers, and recording artists in the entertainment industry. Davis expanded the reach of One One 7 through offices in South Korea, Toronto, and London and the addition of One One 7 TV and 1 on 1 TV. http://www.oneone7.com

Jason Davis’ memoir, Your Love Pursues, is a story of living an extraordinary life. At the age of thirty-two, Jason Davis had made it to the top of the music industry; he had it all. Yet, he was completely empty and void of anything real and good. Reaching this apex, he realized that having it all meant nothing. Jason tells of the depths and the heights of his personal story ... a childhood of abuse, poverty, a series of bad relationships and devastating betrayals. He discloses how the darkness followed and imprisoned him. Music was his constant, his therapy, and through it he would find his way out of his deprivation. Success arrived, yet he still longed for something more, SOMETHING BIGGER. A seeker at heart, Jason Davis kept searching until his answer came. His answer was found in Jesus Christ. Leaving behind his fame and money, Jason set out a journey of healing and rebuilding. “There is something powerful about new beginnings ... beginnings offer promise and hope."

A memoir takes the reader on a journey. A great memoir is an emotional passage of time that traverses the ups and downs that accompany us through life. A journey through valley and mountain top experiences, epic beginnings and tragic endings, births and ultimately deaths. Your Love Pursues by Jason Davis is one man’s account of his courageous quest for life. Davis’ writing style is simple and eloquent. Although the memoir is written chronologically, Davis captures the attention of his reader by revealing the worst moment of his life. By baiting the reader with the worst possible scenario, you long to hear his unfolding story. Davis poignantly lays out the events and the people that affected his life. Then, he allows you to experience his personal discovery. He speaks boldly, yet gracefully of his relationship with Jesus Christ. Your Love Pursues is a heartfelt, passionate, plainspoken story of Jason Davis’ conversion to Christianity.