UP & OUT! Creative Ways to Get Unstuck by Steve Coleman, Stephen B Coleman 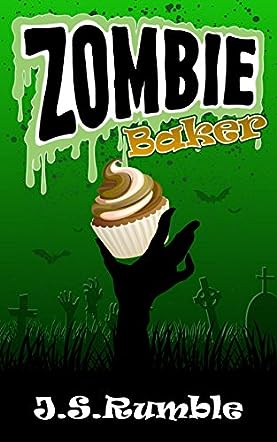 Zombie Baker is a children’s story about bullying and its ramifications, written by J.S. Rumble. As Fred opens the doors to his brand new bakery, he is also excited to tell his story. Not only was Fred born a zombie, but his family members (except for one) are also zombies. Unlike their portrayal in horror movies, zombies do not eat human flesh and are just like regular people, except for their remarkable senses and their red eyes. As a child, Fred had been severely bullied at school. His impressive entry into a nation-wide baking competition had been sabotaged by bullies, yet Fred still went on to win the crown. But this did not stop the bullying. In fact, the competition results made it worse and his friend, Ervin, steps in and tries to help. When a late night ambush backfires, however, the bullies end up being the ones who are in desperate need of saving. Remembering the many times they had targeted him, Fred now needs to decide if they are even worth the effort.

I was very hesitant to read Zombie Baker, due to the fact that both zombie books and films terrify me, but for some reason, this one caught my eye. J.S. Rumble tells the most remarkable tale of a young boy who is judged on his looks alone, instead of his actual merits. Throughout the tale of Zombie Baker, emphasis is placed on the fact that being different does not make you a bad person. That message rings through so powerfully and strongly, especially in today’s political climate where people are judged and persecuted for things outside their control. I could not help but feel for Fred, regardless of his red eyes and supernatural ability to see clearly in total darkness, as his fondness for his family and his friends shines through so brightly on each and every page. I very much enjoyed Zombie Baker and wholeheartedly recommend it to readers young and old, but especially to the 7-12 age group, as it teaches one of the most important lessons in life: NEVER judge a person by their looks.