Blood of the Beast 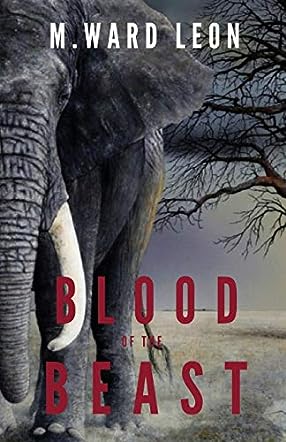 Blood of the Beast by M Ward Leon is a wildlife eco-terrorism thriller that follows two intersecting men with alternate styles of cohabitating with all beasts of the earth, be they elephants or people. Todd “Rodin” Styles and his Monkey Wrench Gang, Le Gang de la Clé de Singe, adhere to a common goal: eliminate the dirty corporate environmental pestilence, poachers, and trophy hunters who are doing their best to wipe out the animal kingdom. With a wide-reaching network and a fearless, fatalistic, and intelligent approach to getting their revenge, they make their way to the top of the terrorist leader-board on an international scale. They are well organized and unmatched, infiltrating illegal auctions in Europe with the same deftness they employ as they helicopter out of a game reserve in Zimbabwe. Meanwhile, far from the type of activism that is of the murderous persuasion, Buzz Murdoch, whose real name is kind of ridiculous, prefers a passive and peaceful approach. After sharing the same ideals when Buzz and Rodin raised fists for change in Northern California, they drifted in different directions...until now.

Blood of the Beast is an amazing book with all of the best elements a hungry reader desperately hopes for in a novel. M Ward Leon gives his characters enough depth and conviction so that we are perhaps a little too quick to forgive, say, someone getting shot in the face. There is a particularly grotesque scene where a man dies by way of a hot molten mineral, and I'm not going to lie; I fist pumped. I did. To me, the best parts were when the gang is taking action, but unfortunately, in order to get to this, those who are on the receiving end of Rodin & Co.'s punishment will have to have done some abhorrent things themselves. Leon does not shy away from violence on either side, and the description of animals piled up is as infuriating as it is heart-breaking. That said, this is the sign of a truly gifted writer. If I can be transported as a reader to an emotional place where I'm fine with the actions of a violent group of anti-heroes and their brand of vigilante justice, then I've struck gold. This is one of those books. Highly recommended.