The Incredibles Coffee Adventures Around the World (NOT) Scary Stuff at the Doctor's Office 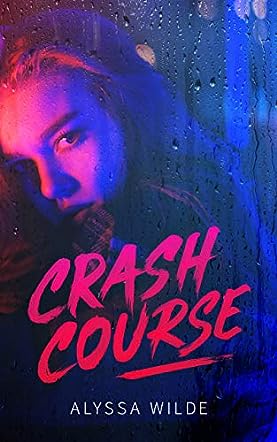 In Crash Course by Alyssa Wilde, Arden Hart’s life is disrupted by a collision with a drunk driver. Nora has not been the ideal mother to Arden, often more interested in a man, a party, a buzz, rather than her own daughter. And after another fight with her mother, Arden decides to just drive away. On the road, she collides with a drunk driver. Recovering from the trauma is a long and difficult path and she prefers to be withdrawn than to build any social life. Of course, she is behind in her studies because of the accident. When her new Creative Writing teacher turns out to be the man with kind eyes, the same man who rescued her on the terrible night that still haunts her memories, it makes everything worse. But in the course of him helping her with an assignment, Arden suddenly discovers an irresistible attraction for the man as she works with him to face her trauma. Henry Ames’ feelings for Arden grow by the day. Is what they feel for each other worth fighting for?

Alyssa Wilde’s novel is an emotionally intense story that had me on the edge of my seat. The complexity in characterization is introduced by the protagonist’s relationship with her mother, a relationship that makes her feel as though she were not wanted. The premise is strong - getting involved in an accident and dealing with trauma, an event that changes almost everything in Arden’s life. The author does a wonderful job in exploring Arden’s psyche and how the trauma affects her life in school and how she sees herself. The characters are realistic, and the romance is skillfully written, leaving readers with a lot of anticipation and suspenseful moments. The emotions of the characters build from page to page, creating obstacles at both the emotional and psychological levels. Crash Course is fast-paced and the gorgeous writing, coupled with the author’s exceptional gift for multifaceted characters, will keep anyone turning the pages. The first-person narrative voice is not only strong — it is hypnotic.