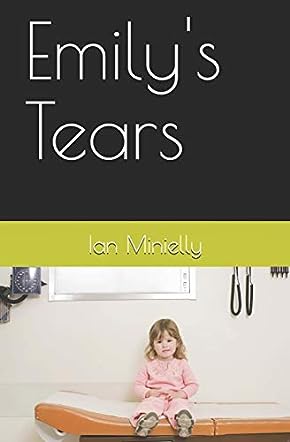 Ian Minielly, is a pastor, husband, and father. He has worked in the US Intelligence Community, where he was probably the dumbest of the bunch, a Green Beret in 7th Special Forces Group (Airborne), and a lovable Ranger tabbed airborne infantryman.

Ian is a family man with a beautiful wife and two children. His son G-reg is an employee at Liberty University where both he and his wonderful wife earned their undergraduate degrees, making studying at Liberty a family affair.

Ian has coached high school baseball and basketball and recently blew the whistle as an Assistant Coach for the Gogebic Samson's men's basketball team as methods to supplement his pastoral salary and give back to the kids and his community.

Publishing a book was a life long goal for a guy who was always a book worm. Now Ian cannot wait to publish more books and share more stories with people. He currently has seven books in the process of being written. Stay alert for future books.

Ian Minielly pens a profoundly dramatic look into the depth of love in Emily’s Tears. Emily wakes believing it is just another normal day, then the doorbell rings. At the door is a stranger, holding a package and an envelope he has been waiting 25 years to deliver. Through the speaker on the door, the man states he must place the letter from her first parents directly in her hand before he can leave. Her first parents, what? Reluctantly, yet filled with curiosity, Emily allows him to enter. Filled with a barrage of questions, Emily is overwhelmed by what she hears. The message he delivers, the loving words written in the note, and the contents of the package from her unknown first parents was too much to process. Buried childhood memories awake, tears and fear besiege her. Are her first parents crazy or incredibly loving? Emily wills herself to discover the truth.

Emily’s Tears by Ian Minielly evokes an onslaught of emotions. The short story pierces your heart with a wrenching pain, incites fierce anger towards injustice, and unshakeable fear of the unknown and of the truth. However, love triumphs over them all. Minielly’s novella depicts the cause and effect of our actions. There are consequences, whether good or bad, to our choices. Newton’s Third Law states: for every action, there is an “equal and opposite” reaction. The cast of characters surrounding the main character reveals this truth. Each character is a force; acting, reacting and interacting in Emily’s life. The battle for custody, the tug of war of personal beliefs, lies versus truth triangulate to form the conflict within the narrative.

In Emily’s Tears, we see the unquenchable force of loving parents as they react to the evil thrust upon them. Being raised a Southern Baptist, the characterization of the MacNeelys, like them or not, is spot on. They call a spade a spade, don’t water down their resentment toward evil, live a life of prayer, and love sacrificially and whole-heartedly. And, yes, of course, food and fellowship is the answer to most everything. Minielly pens the elements of his short story with a ready pen. Twenty-five years is compressed within a few chapters. However, Emily’s Tears won’t be easily forgotten; it contains a lifetime of truth and love.

Emily always knew that her biological mother was in prison when she was born, and her aunt and uncle adopted her when she was a toddler. While they provided material needs, she did not feel loved by them. The first two years of her life, however, were never discussed. When she was twenty-five years old, Emily’s world changed when Dave Johnson, an older gentleman, came to her door. He was a private investigator and had a message from her “first parents,” the couple who fostered her during her first two years of life. She learned about Ed and Linda Macneely on that fateful day. Her first father had died, and she was invited to meet her family after all these years. And she learned how her aunt and uncle were chosen by the courts to be her adoptive parents.

In this novella entitled Emily’s Tears by Ian Minielly, a heartrending and heartwarming story is told. The author writes in a straightforward, concise style. He is able to move from twenty-five-year-old occurrences to the present time repeatedly with a smooth flow. His descriptions of the main characters are well-developed. This story is told from a strong Christian perspective, as Ed Macneely was a Southern Baptist minister. He, his wife, and many others prayed for Emily’s return to the family. It would be advisable for this to be included in the description of the book, as the emphasis on Christian beliefs may not appeal to some readers. However, it may also be an incentive for many others! This book is a thought-provoking, engaging read.