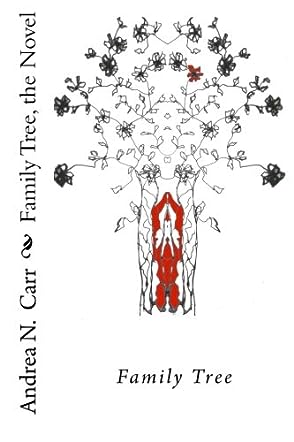 Andrea Carr is an accomplished author/storyteller. She has been writing emotionally driven, self exploratory stories since 1999 from her homes in Orange County. Growing up in Huntington Beach, she later moved to Los Angeles California after leaving a Mental Health Career, as a Psychiatric Technician for the State of CA.

Miss Carr has the uncanny ability to weave words so cleverly and simply that her literary works create thought provoking images both vivid and personal that the reader cannot help but be moved with “soul honesty.”

Family Tree: The Novel by Andrea N. Carr is a deep and meaningful story about family, getting second chances, and finding your way out of tragedy. Angel makes one mistake that lands her in jail. From behind bars, she is forced to watch and listen to her family falling completely apart while facing the fact that she can do little from her precarious position in jail.

If sympathy were dollars, Angel Harper would have all of mine. It was unbelievable what the character was forced to go through, and the journey along with her was poignant and meaningful. She was a very flawed character, and the majority of the book was spent watching her grow, and figure out how to get her stuff together. One thing that did throw me a bit was how determined Angel was to change not only herself, but her family too.

I would have liked Carr to explore the idea that people can't be forced to change, they must want to change, but that wasn't included as Angel practically barrels her way through her family and ensures that they start acting the way she wants them to. It was interesting to see it play out in fiction form, but I wonder how it would play out in real life. Family Tree is a story about redemption and about change. The characters are compelling and different from your run of the mill cast, and it's a wonderfully meaningful piece that will appeal to anyone with the semblance of a heart.