The Legend of the Stinky Sock 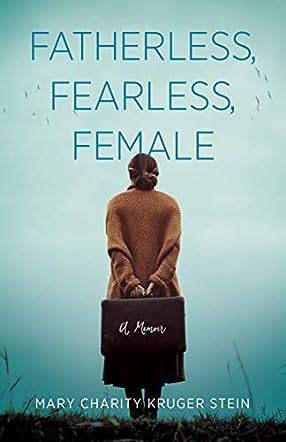 Being born an illegitimate daughter to a woman who was way ahead of her time put Mary in a complex position. As much as she wanted a father, her mother did not wish to be married. Finally, she accepted her reality and vowed not to let her own child, Billy, be raised without a father. However, fate intervened and she found herself a widow at an early age. Along with unbearable emotional trauma, her husband's death brought financial troubles. Reassessing her life in the US, she decided to move to another country to build a better life for her son. Once again, destiny played a vital role and she found herself in the arms of a man named Isaac. At the time, though, she did not know that he would bring both immense love and inconceivable heartache. In her memoir, Fatherless, Fearless, Female, Mary Charity Kruger Stein has brought forth a tangled web of beliefs, raw emotions, ideologies, and political movements.

Mary's rise from a stripper, who was forced to do things she wasn't comfortable with, to a reputable teacher is an inspiration. Fatherless, Fearless, Female is not just about a woman's hope to raise her son with a father. In reality, this memoir is a treasure of information in the words of a survivor of those crucial times. Mary hooks the audience with a whirlwind romance, the fad of open marriages, hardships, and then, without any warning, throws them right in the middle of the budget crisis in New York, riots as a result of the power struggle in Iran among other major events of those perilous times. Wanderlust readers will have a field day with her travel stories of Athens, Crete, Santorini, Istanbul, and many other stunning places. By the end of the memoir, readers will discover a newfound inspiration to face life's turmoils and knowledge of numerous significant historic events. Fatherless, Fearless, Female: A Memoir by Mary Charity Kruger Stein is perfect for readers with an interest in history, language, and life-changing events, and is an emotional roller-coaster. I highly recommend this memoir.

Mary Stein’s memoir, Fatherless, Fearless, Female, is one of a kind. Other feminist memoirs, like Stein’s, recreate the tumultuous social changes of the 1960s and 70s; the struggles of women to rise up against the glass ceiling, the condescension, disregard, betrayals, and abuse from men; and the difficulty of feminist goals getting tangled up in sexual desire and need. What distinguishes Stein’s memoir from others is, first of all, the quality of her writing: passionate, vivid, vibrant, deeply intelligent, yet sharply controlled, and leavened with a rare, self-aware sense of humor. In addition, her tale of personal growth through adventurous leaps forward and discouraging, sometimes bitter set-backs, contains a wonderfully varied cast of characters, cultures, professions, and locations both Stateside and international. It is quite simply an engaging, terrific read. At the end of a Prologue to her memoir, the author poses to herself a question about her unconventional, brilliant but self-obsessed mother; and the final, moving chapter answers that question: no matter how maddening and wilful her mother may have been, the author recognizes that her own “callous indifference” has produced in her an “unfilial heart” that has softened only with her mother’s death. The reader sees in her fearless acceptance of this truth that this fatherless feminist has achieved a hard-won freedom. Highly recommended, not only to women, who will deeply identify with it, but to men, who may learn from it something about themselves.