Tempest of the Rogue 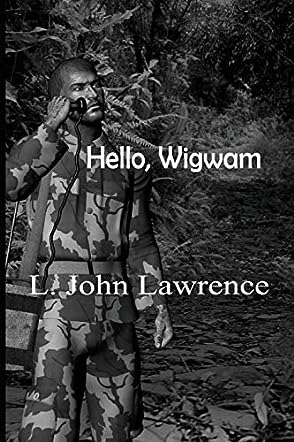 Hello, Wigwam by L. John Lawrence is a wonderfully told story about Bert Costas, a biracial American teen who gets sent to Vietnam on a writing assignment, amidst war, and experiences much more than he bargained for. Written through the innocent eyes of Bert, the reader is treated to a naïve and pure view of what war is all about. Bert has no idea what is in store for him, and the author describes, via a combination of anecdotes, quotes, and edge-of-your-seat life-like accounts, what the boy sees, feels and learns. Receiving a lukewarm welcome in Vietnam, Bert holds his own and remains true to himself, despite being placed in uncomfortable, immoral, and sometimes downright painful situations. The reader immediately gets the sense that the young man is wholesome, likeable, and will always try to do the right thing.

Hello, Wigwam is a uniquely told story in that the author, L. John Lawrence, doesn’t just tell it from a military perspective. He uses layman’s terms based on the fact that Bert is, himself, a layman, and spreads a sizeable amount of good-natured humour into the work. The tale is told respectfully yet realistically, in a way that both seasoned war veterans and those new to the trials of the military can both appreciate and understand. Hello, Wigwam is an entertaining read and is recommended to those looking for an interesting, educational, humorous, and thought-provoking novel about a young boy who becomes a man in a relatively short period of time.