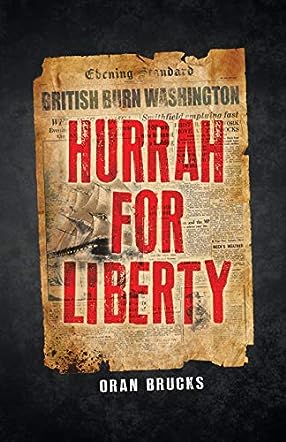 Oran Brucks claims he was born under a wandering star. From an early age he took to the wilderness at every opportunity, exploring the forests, mountains, and waterways near his home in Alberta. Past adventures include a month-long solo hike along the great divide of the Rocky Mountains, and an epic six-week canoe trip through the boreal wilderness where he met and accompanied a Cree hunter. This was a time when the trackless forests and mountains were still wild and Oran was too. Careers, he’s had many, be it cowboy, soldier, land surveyor, fly fishing guide, outdoor magazine writer, insurance investigator, management consultant, and eventually vice president of an international company. Along the way he’s picked up degrees in business management and American history. To this day, Oran’s love of the outdoors drives him to fill every spare moment wandering the wilderness. Travels filled with escapades, breathtaking wonders, and dangers have inspired the numerous adventures he has incorporated in Hurrah for Liberty.

Hurrah For Liberty by Oran Brucks captures the heart of young America. In its infancy, America brims with settlers, all full of life, hope, and the pursuit of freedom. Independence had been won, yet war still looms over the country. The British, the Indians, and the French all want a piece of America. Yet in the midst of it all, Travis and Squib Tanner’s only desire is for some fun while seeking the greatest treasure of life - adventure. After the death of their father, these boys of the wilderness set out to meet their Uncle Wes in St. Louis. Armed with liberty and freedom, and their wolf-dog, Fidious, the young frontiersmen embark on their journey to hunt and explore the West. However, in their quest for adventure, the two brothers find themselves in the middle of a game of espionage. Caught in the crossfire between two opposing forces, it becomes necessary for the Tanner brothers to take a stand. This is not the adventure they sought, but it is the adventure they found.

Oran Brucks pens an exceptional piece of historical fiction in Hurrah For Liberty. Brucks is quite the wordsmith. Writing with an ardent use of vocabulary, he passionately elevates the imagery of the novel. Not only is Hurrah For Liberty lavish in descriptions, but the adventurous tale is also rich with historical facts, some of which took me by surprise. The characterization is expansive, yet each character, great or small, plays a role in the lives of the young heroes. Nothing is better than a story about adventurous young men and their dogs. But, multiply that with dangerous escapades and espionage, enveloped in eccentricity and cultural diversity, and you have an outstanding novel. The desire for life and freedom, no matter what it costs, is the resounding theme of the narrative. From youths hungry for adventure to fleeing outcasts of Ireland to avenging Native American Indians, all are uniquely different, yet all desire the same thing - freedom. Hurrah for Liberty quickens your heart with its suspense and adventure, yet makes you smile. As I read the final lines, I was filled with gratitude once more, marveling at what it took for America to become the land of the free and the home of the brave.