The Adventures of Logan & Lilly and the Lost Treasure by R. A. Williams 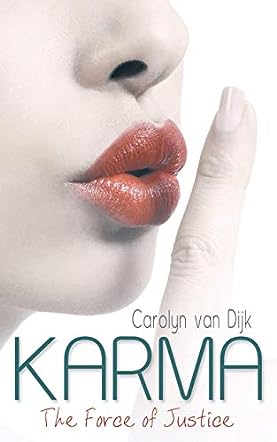 Karma: The Force of Justice by Carolyn van Dijk is the story of Carmen Hamilton, who works as a nurse and is gifted with a certain supernatural ability to control objects around her. Since becoming aware this in her early years, she had been using this talent occasionally, mostly doing benevolent deeds, like healing a cat that had been hit by a car just by wishing for it, or curing her grandmother’s cancer. This is also the story of Peter Anderson, her co-worker, with whom she develops a romantic relationship, sharing much pleasure and joy. However, her fears of being unsuccessful and having to hide her mysterious gift always haunt her, more so because of certain past experiences, especially with a few boyfriends, of being rejected as a freak.

Karma: The Force of Justice by Carolyn van Dijk is a charming fantasy told in a flowing, smooth prose. Each and every character of this story is made memorable by their own individualistic contribution to the plot, which is maintained until the end. In addition, one of the most crucial aspects of the plot, the heroine’s mortal fear of rejection and its aftermath, which she expresses at many places in this drama, is brought to its logical conclusion at the end, and that too with minimal sensationalism and a slick approach. However, towards the end of the story, the role played by the heroine’s parents seems sudden and unexpected. Also, the character of Peter, being linked with ideal romance throughout the story, made me expect a happier ending.

Karma: The Force of Justice is a great easy to read story. It portrays the beautiful young woman, Carmen Hamilton, a hospital nurse gifted with extraordinary powers that affect her life, love, and others around her. Carolyn Van Dijk has made a lovely job of making one believe in the implausible. "