The Tree That Grew Through Iron 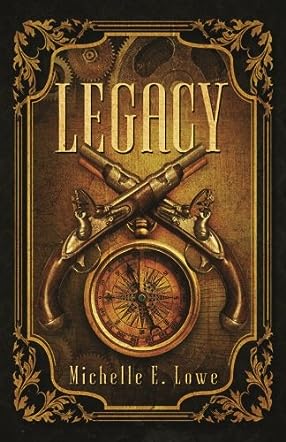 Legacy by Michelle E. Lowe is a story of fate and magic, bringing together several unlikely souls in a fight against an ancient plan. Archie Norwich plans to flee to Dublin with his love and his sister, Clover, to escape the cruelty of his father. When his father sends him and Clover on a quest to find fugitive Pierce Landcross, he sees an opportunity to distract his father long enough for him to enact his escape plan. While Pierce is on his way out of the country, he's apprehended by Archie and is startled to discover that the lad's father, Tarquin Norwich, is out to find his old friend, Indigo Peachtree, and his mysterious journal that Pierce may have taken from him years ago. As they're pulled into a deeper conspiracy, Archie learns his father's shocking plans for power and finds his loyalty torn.

Michelle E. Lowe creates characters that shine, with a wide range of personalities that are full of life, quirky, and perfectly fitted to this fantasy steampunk setting. Archie has a poised and proper sort of personality, with high morals and a fierce loyalty to his little sister. His desperation to get away from his father is his driving factor, and is the root of most of his decisions. Meanwhile Pierce is on his own, a fugitive that attempted to steal from the queen, and seemingly knows everyone, yet there aren't many that he trusts. They're opposites in many ways though and, instead of clashing, they're a perfect match, with similar tragic backgrounds and their own moral code. Many surprises await Archie, Pierce, and Clover, with twists and turns that ensure you'll keep turning the page, wanting to know more.

The shining star of the story is Archie's little sister, Clover, who has an imagination as bright and creative as the world she's a part of. She's clever and cunning, often coming up with plans to get her brother and Pierce out of trouble, and a wonderful sass that makes her completely lovable. There's an appearance by a famous figure of folklore, but with an unsuspecting and unique twist that's funny and clever, and absolutely brilliant. A wonderful blend of magic, mythology, and steampunk, Legacy is a stunning read that gets better with every page.