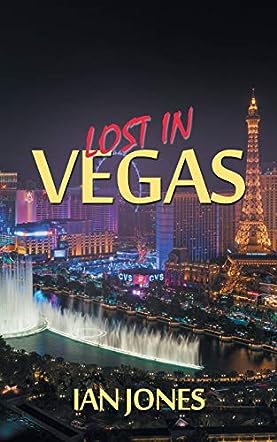 Villains, corrupt government officials, drug dealers, hitmen, and an intercontinental hunt for a missing girl – Lost in Vegas by Ian Jones captures every reader’s favorite elements of a fast-paced, dirty-money, catch-the-criminal mystery! Set in Las Vegas, Nevada, this book dives into the grit and grime of underworld operations hiding in the shadows of the city. The mystery deepens with each chapter as the author brings in new players with surprising motives and eliminates people just as you think you know who the mastermind of the kidnapping is. Written with gritty realness, Lost in Vegas showcases how wide the net has to be cast to catch the leader of an old-money operation that deals under the table in drugs, sex, and gambling. As multiple factions seek to catch the man at the top, the reader is left wondering which one will bring him down and if, in the process, the missing girl will finally be found… dead or alive.

What I appreciated most about Lost in Vegas is how realistic the plot was. Having been to ‘Sin City’ a few times, I could see how the different parts of the story would, in fact, play out in real life. The authenticity of the main character was essential for this story to be a success, and the author certainly created a character that felt, acted, and spoke as one would imagine a man in his position would. The supporting characters each exhibited the actions and reactions that people in their circumstances would, further driving the realism and energy of the story. I read this book with astonishing speed as author Ian Jones’s pacing is very good. The constantly moving pieces of the mystery kept me wanting and needing to know what would happen next. He culminated with an ending that was realistic for the setting and settled the mystery as every experienced author would, with the right blend of satisfaction, surprise, and hunger for more.