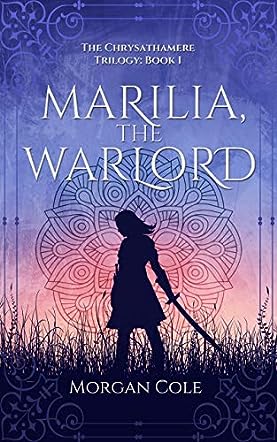 After being bombarded with one too many school motivational posters, I decided to “shoot for the moon” by pursuing a risky double-major in creative writing and history in the hopes of becoming a novelist on the assumption that the worst-case scenario would be landing among the stars. I instead landed in long-term unemployment (and a few unpaid internships, let’s not forget the unpaid internships) in small-town Ohio while struggling to make it as a full-time novelist.

Eventually, I began making better life choices and now works as an attorney in the public sector while continuing to write in my free time.

A set of twins were born to a 'painted lady' (harlot) and lived within the confines of the 'pillow house' (brothel) all their lives. Their names were Marilia and Annuweth, bastards of noble military birth. After the death of their mother and a rape attempt on Marilia, they ran off to the lands of their father, where they lived out their destinies. Annuweth climbed the military ranks while Marilia safely married. Suddenly, the country faced a war that could wipe them out. Weighed down by the grief of losing a husband and in the early stages of pregnancy, Marilia must save her country. With a keen mind and a prophecy unfulfilled, she marched to battle. But how mighty a force can a mere woman be? You’re about to find out in Marilia, the Warlord by Morgan Cole!

In all honesty, the movie “300” has got nothing on this book. Marilia, the Warlord by Morgan Cole is a brilliant epic historical novel. Morgan told a compelling story that sounded more like war chronicles of old than mere fiction. The plot had soul, depth, and originality that held me spellbound. I moved with every horse hoove, sword thrust, hand combat, you name it. I felt transported to the battlefield, watching everything live. The book was alive with anger, betrayal, integrity, stealth, grit, courage, perseverance, and tough love. I loved the creative, yet simple era-appropriate language usage. Marilia was a strong character, and I loved to see her evolve. However, Annuweth’s character was developed so beautifully that it gained my respect. Morgan has written a masterpiece, one that is movie worthy. I’d love to read more from Morgan Cole.