Return of the Sagan 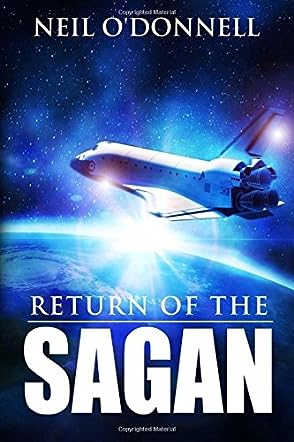 In Return of the Sagan by Neil O'Donnell, in the year 2027, Earth is dangerously overcrowded and something must be done. The USS Carl Sagan with a crew and complement of 20,000 are sent to find a suitable place to expand. Now, three hundred years later, after establishing a colony they called Maximus Prime, the Sagan is returning to Earth. As the ship travels closer to Earth, with several stops along the way, they find only decay, desolation, and death. Ultimately they also discover there are no humans left. What could have happened? So, now are they charged with repopulating Earth? Because of his knowledge of the area, anthropologist and Professor Francis Burns, although afflicted with OCD and many, many fears, is chosen to be part of the first mission to land near what was Buffalo, New York. Things don’t exactly work out as planned and it doesn’t take long for the team to learn that they must work together, must fight together, if they are to succeed and live.

Return of the Sagan by Neil O'Donnell is a true sci-fi adventure. I’m a big fan of space opera, my favorite sci-fi sub-genre. Although not completely fitting the definition of space opera, Return of the Sagan is right up there with some of the best I’ve read. The author introduces many characters, but the main ones, particularly Professor Burns, are very well developed and defined. The ending of the book was good, leaving an opening for future stores. The author used a lot of references to the works of J.R.R. Tolkien as well as numerous television shows. To those readers like me that have not read Tolkien, this might be somewhat distracting. However, I'm sure that Tolkien fans will be more than happy. Overall I liked it very much.