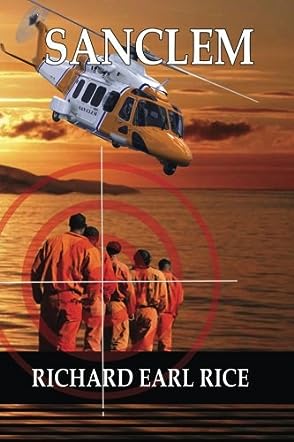 Set in Earth’s future a hundred years from now, the US's states, as we know them today, are radically changed. There have been destructive interstate wars. Suddenly, hundreds of homeless vagrants wandering the streets are vanishing and no one seems to know what’s happening to them. When one of these vagrants, an informant to lauded police detective Jesse Long, vanishes, Long’s suspicions point to corruption at the highest levels of law enforcement. But before he can pursue his investigation, he too finds himself 'vanished' and banished to the inescapable and frightening penal colony of Sanclem, an island sixty miles away from any land. Surrounded by hardened criminals, Jesse learns that the only way off the island is in a body bag. So begins Jesse’s and the reader’s journey into a complicated, dark plot where, as always, greed and power fuel evil and anyone who tries to interfere is quickly eliminated.

While the plot of Sanclem will make it hard for readers to put the book down, some of the concepts advanced by Richard Earl Rice are thought-provoking. For instance, in the penal colony of Sanclem, prisoners aren’t behind bars but roam freely around the island. Why? Because those who set it up know there is no means of escape. Even if one could swim 60 miles, boats patrol the waters around the island; a 200 foot deep wire mesh is sunk into the ocean floor around the island’s perimeter. And inmates all have tracking chips installed in their necks. Furthermore, as Jesse is surprised at first to learn, there is very little violence within the living quarters themselves. Why? Because fighting matches that often end in death or severe injury are scheduled regularly in an arena where inmates cheer on competitors who have issued challenges to other prisoners. It’s reminiscent of organized bouts in medieval times. Also, there are no prison wardens to keep control, nor doctors to treat the wounded. Such a hostile prison environment is mind-boggling.

It’s amazing how some authors have what seems to be an endless supply of great plots and engaging characters all brought to life through superb writing skills coupled with knowledge gained from life and work experience. Richard Earl Rice, author of Sanclem, belongs to this class of writers and it’s sheer pleasure submerging yourself in Sanclem. There is no way I am going to spoil readers’ enjoyment of Sanclem by telling them any more about the plot. Put it this way: once I got into it, there was no putting the book down for eight hours until I’d finished reading. Given that I’m not one for futuristic novels, this surprised me. But Rice is expert at making this future entirely feasible, especially when it comes to electronic advances. In conclusion, don’t hesitate to add Sanclem to your reading list. You’ll be glad you did.