Beyond Pipe Dreams and Platitudes 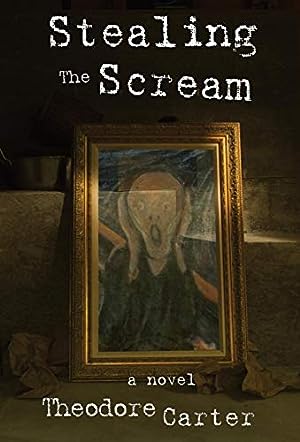 The true success of an artist is the result of seeing their work hanging in a big gallery, like the National Gallery. Which National Gallery? Well, any National Gallery will do, when you think about it. The only problem is, most big galleries are not interested in up-and-coming artists. But retired CEO Percival Davenport has a plan. And, he has the money to execute the plan. So, instead of hiring thieves to steal valuable works of art, he hires thieves to place his paintings in prominent positions in big galleries. The only snag is that in order to hang his works, the painting that occupies the place where he wants his hung needs to disappear. The art theft turns into a trade of sorts. But, when a big-ticket painting, like Munch’s famous painting, The Scream, is stolen in broad daylight, so to speak, with crowds of people watching, the sleuths are hot on Percival’s trail.

Theodore Carter’s crime novel, Stealing the Scream, creates a what-if scenario that outshines all others. In 2004, this famous painting was stolen from the Munch collection in Norway. The painting was recovered, but the mystery behind its theft and recovery remains just that: a mystery. Taking fact and instilling it with his fantastical theories, the author delves into a realm of unbelievably believable possibilities and weaves an exciting and compelling plot. He begins the narrative with a description of the actual theft, as seen on various cameras strategically placed both inside and outside the museum. The plot then follows Percival as he launches into his career as a wannabe artist after retiring from his prestigious position as a CEO. With lots of time on his hands, the plot complexities multiply as the protagonist, Percival, weaves his own story. And, when the world of sleuths comes to his doorstep, Percival obliterates the evidence with a big bang. The climax is very explosive, to say the least. This is a fun read as well as being an intense mystery with multiple plot tangents and varying scenarios.