The Adventures of Sam Maverick 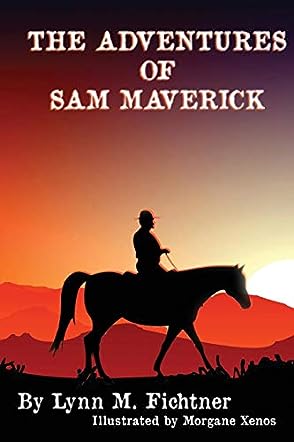 Lynn Fichtner, a native Texan and graduate of Trinity University in San Antonio, taught English for twenty years before retiring to become a freelance editor and writer. She married a Maverick descendant in 1985 and will be forever grateful to the entire family for their generosity in sharing these dramatic stories.

The Adventures of Sam Maverick is a historical work for children written by Lynn M. Fichtner and illustrated by Morgane Xenos. Sam Maverick was a colorful and authentic Texas pioneer who lived from 1803-1870. While many Americans are not all that familiar with the man, most have heard of the term "maverick," which has its origins in Maverick's unbranded Texas herd of cattle. Sam was born in Pendleton, South Carolina, to a wealthy landowner who owned one of the original cotton plantations outside of Charleston. They would seasonally travel between the two residences. As Sam grew up, he became interested in his father's business, particularly surveying and buying land, and became a land speculator. His travels initially took him to Tennessee and Alabama, but word about the land available to be had in Texas grabbed his attention. In 1835, he bought his first land holdings in Texas, a 1,000 acre spread at Cox's Point.

Lynn M. Fichtner's historical work for children, The Adventures of Sam Maverick, is a well-researched account of one of the major participants in Texas history. Fichtner narrates Maverick's story, starting with his childhood and on through his participation in the struggles of the Texas landowners to free themselves of control by the Mexican government. Each chapter ends with a helpful glossary of new terms and words that may be unfamiliar to children, and she includes a useful list of references and suggested readings in the appendix. Morgane Xenos' pen and ink sketches are a marvelous accompaniment to the story. The Adventures of Sam Maverick is a well-written and compelling history, although I had hoped to see some mention, at least in a footnote, about the issue of slavery and the plight of those people who were treated as chattel. I hope that the author will address that troubling aspect of this history in future editions.