What Children Love Around The World The Book of David 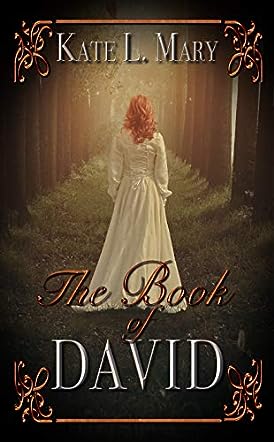 About a month ago, I read Tribe of Daughters by Kate L. Mary and was totally blown away by the concept, theme, characters and plot based on a future world where women, not men, rule. I was keen to read more by this talented, award-winning author and didn’t hesitate one second to snatch up The Book of David. Just like that previous book, I couldn’t put this one down. Reading well into the night until I finished the book 48 hours later, I was mesmerized by Willow Sands, a beautiful young woman born into a cult where men are everything and women’s only purpose in life is to serve men’s needs; where women must wait till the men have been fed and their dishes washed before women can eat; and where girls are betrothed when they turn 15, and on the night of the betrothal, the fiance, with the cult leader’s blessing, is allowed to have his way with the 15-year-old. From that night onwards, she belongs to him but they will not mate again until they marry when she turns 18. The punishment for social interaction with any other males keeps women submissive, wary and afraid. Mothers and daughters alike are abused and don’t dare step out of line.

Willow’s betrothal night horrifies her but she can’t even talk to her mother about it. An attempt to escape the compound brings death to those who try to help her and subjects her to inhumane punishment once she is recaptured. Three years later, working in the compound hospital, she meets Jared. What follows is a touching story of stolen moments and dreams of escape against all odds. Do they succeed? If you’ve been sexually abused or suffered under male domination, as I have, you won’t be able to stop reading until you find out if good can win in a world that bad.

Kate L. Mary is one of those writers who are able to keep readers glued to the story despite much narration and reflection. She writes in the present tense, giving the book immediacy, handling it perfectly and leaving readers hungry for more. In the current “me too” climate, The Book of David is timely and will be understood and appreciated by female victims of sexual, physical and mental abuse. But don’t be surprised if you come away angry that, despite all the advances society is making toward gender equality, there are still far too many societies, religions and cultures who live according to principles similar to those found in The Book of David. Changes can’t happen soon enough!