The Cult of Unicorns 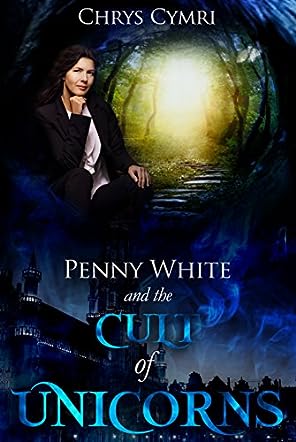 Priest by day, writer at odd times of the day and night, I live with a small green parrot called Tilly because the upkeep for a dragon is beyond my current budget. Plus I’m responsible for making good any flame damage to church property. I love ‘Doctor Who’, landscape photography, single malt whisky, and my job, in no particular order. When I’m not looking after a small parish church in the Midlands (England) I like to go on far flung adventures to places like Peru, New Zealand, the Arctic, and North Korea.

Penny White and the Cult of the Unicorns by Chrys Cymri is a whimsical urban fantasy. Penny White has found comfort in her double role working between England and another world, Lloegyr. Penny thought her life couldn't be more complicated, balancing her duties - then two bodies, and a wandering unicorn are found. When her duties conflict, she struggles to please a dissatisfied churchwarden who thinks she does too little, to understand her feelings for nerdy Peter and alluring dragon Raven, to help her brother through his guilt over Miranda's death, and to stifle her worries about a growing snail shark in her home. Nothing a die hard Doctor Who fan can't handle, right?

A compelling and witty sequel to Temptation of Dragons! Penny is a fantastic heroine because she doesn't think of herself as such. She has a bit of a drinking problem, and a Doctor Who obsession, but she's also compassionate, loyal, and does her best to help others. Chrys Cymri perfectly captures this blend of humor, honesty, reality, and fantasy. Lloegyr may have unicorns as judges, carnivorous snails, and dragons, but it's real. Everyone idealizes the unicorns. Everyone looks down on the snail sharks. One of my favorite things about Penny White is Clyde. In book one, the snail sharks were just these vicious monsters that ate pets and babies, then Penny guiltily takes the baby of one that she killed (because it was attacking), and now Clyde is this bookcase nibbling, beer drinking, Christmas loving being. No one is perfect.

Cymri is quick to point out the flaws of society, but also the strengths. ‘If only everything were black and white, right and wrong.' Penny's brother has issues with her lying, without understanding the necessity to lie about Lloegyr to protect it. Everything falls into a gray area, and Cymri succeeds in showing every side to this ideal. This is the kind of novel that sparks discussions about society and religion, and lots of raving!