The Dragon in the Garden 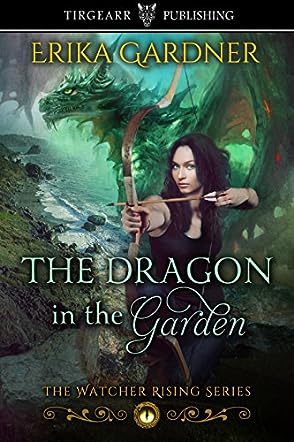 Erika is a sixth generation San Franciscan of Irish descent. She attended the University of California at Davis and completed degrees in Medieval History and Biological Sciences. A lifelong lover of books and a scribbler of many tales from a young age (her first story was completed at age five) she turned to writing full-time in 2011.

On a personal level she loves spicy food, twilight, dark chocolate (with sea salt-yum!) and nickel slots at Vegas. Erika lives for time with friends, a nice glass of red wine, “Buffy the Vampire Slayer” & “Doctor Who” and good conversation. Her favorite things to do are running, cooking, reading, needlework, gardening… and of course, writing. Erika's music of choice is heavy metal. To pick her out in a lineup you should know that she is very short, fairly loud, and has dark eyebrows. The rest, as her hero Anne McCaffrey once said in her bio, “is subject to change without notice”.

Erika resides in Northern California with her incredibly hot husband, their three amazing kids, and their chocolate Labrador named Selkie. To reach Erika regarding her books, wine recommendations, or to debate which Iron Maiden album is the best (clearly, it’s Brave New World), you can find her online at www.erikagardner.com.

The Dragon in the Garden by Erika Gardner is an epic tale with humor and mythology. Siobhan has been seeing things since she was a child in her grandparents’ garden, where she saw her first dragon. The dragon, who she dubbed Daisy, told her of a prophecy to come. Twenty years later, the very prophecy is sprung into motion. When her visions (the ones psychiatrists said were in her head) return with an alarming truth, everything she sees is real. Her dragon, Daisy, is set to return to help her in battle. A charming fallen angel takes up residence in protecting her from harm. Pulling her brother and her ex-boyfriend into the fold, they realize there is more to this prophecy than she knows, and everyone has a part to play. An oracle guides her way, but can she figure out the prophecy before the demons get to her?

Erika Gardner creates a protagonist that is relatable and engaging. I’d be just as adamant about being the Watcher who’s supposed to choose the fate of mankind. It’s a lot to put on her shoulders, but it’s handled believably. The characters are rich with layers! It reminded me a lot of Buffy in how they can find humor, even when it’s literally a war that could end the world. The Dragon in the Garden is fast paced with a lot of action, humor, charm, and romance. It’s a novel where you want to immerse yourself into the world. Gardner draws on a lot of mythology to create a rich and layered story. The mythological characters (dragon, Oracle, Valkyrie, fallen angel) are far from stereotypes. They aren’t your usual version of the myths, but each character is delightful. Lovers of urban fantasy will adore this!