Where Is Blue Bear? 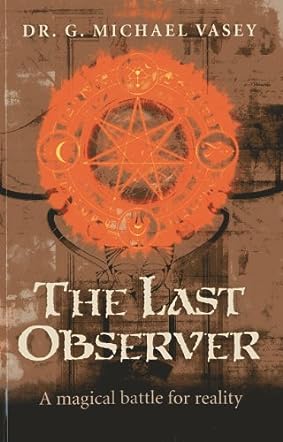 Dr. Gary (G.) Michael Vasey writes extensively across a number of disparate areas in which he has a passionate interest.

He is the author of over 200 articles and several books in the energy & Commodities industry, two books of poetry, and several books about magic and our ability to shape our reality. He now lives in Prague in the Czech Republic, but is British by birth.

He also blogs at Asteroths Domain (http://www.asterothsdomain.com) and The Mystical Hexagram (http://www.mystical-hexagram.com) on the nature of reality, esoteric sciences and magic, and about his adopted homeland at Discover The Czech Republic (http://www.discoverczechrepublic.com).

His website (http://www.garymvasey.com) showcases his entire portfolio of writings across energy and commodities, poetry, the occult and esoteric, as well as articles about the Czech Republic.

He is currently working on two more books; a new book of poems and another on the concept of the Fool in magic.

The Last Observer by G. Michael Vasey is compelling to say the least. He successfully manages to take every belief that you find solid and indisputable, and turns it on its head. Stanley is just an "Average Joe." He may be creative, but he's also quite solitary; so when he gets roughly shoved into a world that is already much more dangerous than the one that he has been pulled out of, he has quite a rough time at the beginning of his adventures.

I absolutely loved the world building within the story. The imagery paints such a vivid picture that you could swear that you were there yourself...or at least saw the movie on the Scy-fy channel! The rituals were beautifully done and very realistic. This was a case where suspending my disbelief in magic and the occult was as easy as breathing. I loved the story, the characters, and the settings.

G. Michael Vasey creates a compelling story from a perspective that one doesn't normally get to envision. I really enjoyed getting a glimpse through the eyes of an occultist lens, exploring both the nature of reality and how the human mind processes different things. As for the plot, I found myself guessing way more than figuring out what would happen. I personally love that. When there are twists and turns that make you go "WHAT!", it just makes me that much more satisfied with an already good book.

This is the kind of book that really keeps you up late, just trying to finish that proverbial "one more page!" as you fight vainly against the sandman. This was a very intellectual book for something simply dubbed a Fantasy, and I believe any person willing to think outside of the box will absolutely love The Last Observer.