The Road Once Taken 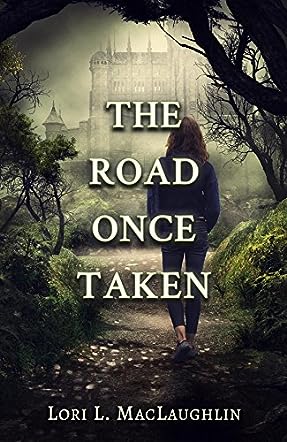 Lori L. MacLaughlin traces her love of fantasy adventure to Tolkien and Terry Brooks, finding The Lord of the Rings and The Sword of Shannara particularly inspirational. She's been writing stories in her head since she was old enough to run wild through the forests on the farm on which she grew up.
She has been many things over the years – tree climber, dairy farmer, clothing salesperson, kids' shoe fitter, retail manager, medical transcriptionist, journalist, private pilot, traveler, wife and mother, Red Sox and New York Giants fan, muscle car enthusiast and NASCAR fan, and a lover of all things Scottish and Irish.
When she's not writing (or working), she can be found curled up somewhere dreaming up more story ideas, taking long walks in the countryside, or spending time with her kids. She lives with her family in northern Vermont.

The Road Once Taken by Lori MacLaughlin opens with Jaci on her way to visit with her friend and her new baby. Everything changes when she ends up lost and stumbles upon a car wreck. In her attempts to help the dying woman in the wrecked car, she's given a cryptic message about a mysterious clock and returning a key. Investigating the house leads Jaci to the discovery of the woman's hidden diary and a portal to another world where she's chased by wolves and rescued by mysterious strangers. Jaci catches the attention of a wicked sorcerer who will do anything to find a missing key, the same key that Jaci has brought with her. As she helps her rescuers fight against the sorcerer's evil reign, she discovers shocking secrets, the truth about a lost queen, and a power within herself she never knew she was capable of.

Jaci is a strong and empowering character who isn't afraid to speak her mind or stand her ground. She's powerful and opinionated long before discovering magic. She's a hero right from the start, standing up for herself and never letting anyone push her around. She stumbles into this other world and quickly adapts to it, slowly discovering herself as she becomes the savior everyone has been waiting for. Talan is a key part of the history of the lost queen and her ruling sisters, playing a prominent role in how events unfold while his past full of loss and lost love is also explored. The relationship between Talan and Jaci is sweet and progresses from him as her rescuer to the two as partners. They form a bond that quickly turns from friendship into romance.

When Jaci first arrives in this other world she meets these rebels who are presented in a suspicious way before it's revealed why they're rebelling. Jaci forms attachments to several characters, but the two that stand out most are Solon and Barayan. Solon has a certain amount of humor about him that sort of puts her at ease and allows for the two to become friends. Barayan never says a word, but his character leaves an impression, for while he's quiet, he's also a calming presence and highly likable. Lori MacLaughlin explores the history of this world through the pasts of the characters and weaves every layer of the story for a lovely conclusion. The Road Once Taken is an adventure that explores the past in a fight to save a kingdom from a wicked sorcerer, with love, loss, and magic.