Bruiser's G' day At The Park 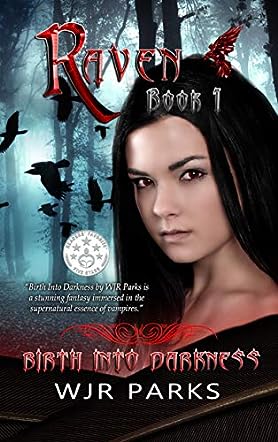 After being bitten by a vampire, a girl is confined and shaped to hunt down the blood-sucking demons who are murdering the inhabitants of the countryside in the supernatural fantasy Birth Into Darkness: Hidden World series (Raven Book 1) by WJR Parks. While celebrating her thirteenth birthday, Raven's family is attacked and murdered by a vampire. Even though Raven receives a bite from the vampire, James, a vampire hunter, recovers her. Instead of abiding by the law and exterminating her, James binds and imprisons Raven, intending to train her to hunt down vampires. Unfortunately, the other hunters are not happy with his plan and demand that he slay her. James insists Raven's demonic abilities gives them an edge over their enemy and is adamant in using her. With the vampire army gaining strength and frightened by the growing numbers of the walking damned, they grudgingly allow Raven to accompany them on their hunt for the unholy creatures. Nevertheless, they believe her to be a demon and are continually threatening to destroy her. Can Raven establish her humanity and prove she is not a monster? Or will James or one of his comrades succumb to their hatred of vampires and execute her?

Set during the time of the American Revolution, Birth Into Darkness by WJR Parks is a stunning fantasy immersed in the supernatural essence of vampires. The first in a brilliant dark fantasy series, the book is superbly written and is a spellbinding story that I will not soon forget. With a thrilling plot and an engaging and relatable protagonist, it is easy to get caught up in the story. Filled with the contrasting elements of fear, courage, betrayal, and honor, as the tale progressed, I began to wonder who the actual monsters are; humans or vampires? This intriguing concept of the story has captured my curiosity, and I am eagerly looking forward to reading the next episode in the saga. With a phenomenal storyline that includes exciting fight scenes, this is a sensational novel that will enthrall everyone who is a fan of vampire stories. True to the genre of vampire fantasy, it contains elements of blood, sex, and graphic violence, making the book more suitable for a mature reader.