by Dean B. Pineles

by Dean B. Pineles The Awful Truth About The Herbert Quarry Affair 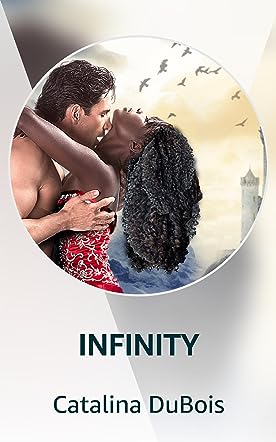 Infinity: Detroit Nights by Catalina DuBois is the story of a resourceful young man, Matthew, born in Louisiana, along with nine other brothers and sisters who resorted to white slavery due to the Great Depression, struggling to make even a meager living. After living as an enslaved person at home, Russo, a renowned gangster, enslaves him, and then finally, he is captured by Sarah upon the instruction of mob boss Tony. Matthew had sought-after alcohol brewing skills during Prohibition when the production and selling of alcohol were prohibited. Matthew's bootlegging trade would bring immense riches to Tony, who owned a club and a brothel. Apart from alcohol, the mingling of blacks and whites was also prohibited. Though initially in agreement, Matthew didn't expect anyone to challenge his racist beliefs until he met the beautiful and brave Sarah. She not only stole him but also stole his heart. However, there's one big, bad stumbling block: Tony won't have Sarah, and he won't let anyone else have her.

Infinity: Detroit Nights by Catalina DuBois is a compelling, phenomenal, exciting, and suspenseful romance novel. I felt gripped from the start, and DuBois held my attention. I enjoyed the story's setting during Prohibition and the Great Depression because it gave an exciting and realistic feel to the plot, with relevant and timely commentary constantly reminding you of the era. The overt racism, even from Matthew at the novel's start and his gradual development into manhood, endear you to his character. At the same time, Sarah's character is softened as time passes, from the initial menacing killer and kidnapper to showing her kind and caring side. I loved all the characters, even Tony. DuBois is excellent at developing her characters so that the reader builds a close affinity with them, ultimately becoming engrossed in their story. Infinity, Detroit Nights is a brilliant book that I loved reading.

One of my favorite Infinity books. It's romantic but intense and fast paced. It kept me captivated from start to finish.