Sunshine at the Academy 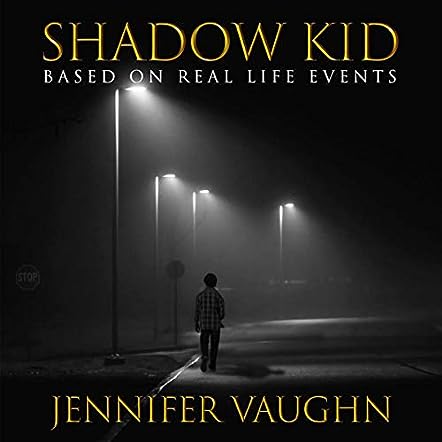 Jennifer Vaughn has anchored the 6 p.m. news at WMUR-TV since 1997. She's earned several Emmy nominations, the Red Cross Sword of Hope Award, and contributed to coverage that has been recognized with an Edward R. Murrow Award, a Peabody Award, Associated Press honors, and multiple NH Association of Broadcasters commendations. Jennifer has had roles in internationally televised presidential debates alongside CNN, ABC News, Fox News, and has interviewed every president, and presidential candidate since 1999. She has ventured to Houston, Texas, to interview President George H.W. Bush, and his wife, Barbara, and been dispatched to Arizona, to cover the New England Patriots in Super Bowl XXll. When ABC's Extreme Home Makeover rolled into New Hampshire, Jennifer was there live when a local family saw their new home for the first time.

Her debut novel, Last Flight Out, was featured in the Swag Bag at the Daytime Emmy Awards in Beverly Hills, Ca. in 2013. Jennifer's second novel, Throw Away Girls, is Book #1 in the Jaycee Wilder Series. Book #2, Legacy Girls, is the follow-up release. Echo Valley, blends small-town New Hampshire with the intensity and scandal of a presidential campaign. Up next, is Shadow Kid, based on real life events, releasing in August, 2019.

Jennifer has been interviewed by dozens of television and radio stations and has been featured in publications that include The Huffington Post, NH Magazine, Thrive Global, INC. Magazine, and NH Business Magazine

Shadow Kid: Based on Real Life Events by Jennifer Vaughn is a biography that follows the life of eight-year-old Gavin Scott as he grows up in very painful circumstances, finding himself pulled away from a familiar and happy environment in New York and to a challenging life in New Hampshire. He will learn to live with bullies and to outsmart them. The narrative weaves on, taking the protagonist through painful experiences, getting punished for a crime he never committed, earning respect in the cockpit, becoming part of biker gangs and knowing depression from close quarters, to Hollywood and starting a family. But when he believes to have found the one thing that can give him fulfillment, his past begins to haunt him.

Shadow Kid: Based on Real Life Events is beautifully written and the opening captures the stream of consciousness of observant thoughts that are at the heart of this story. “Sure, secrets on their own merit won't kill you and they're powerless to bother anyone else either, so long as they stay where you left them: In their own room inside their own house. It's only when the other occupants you’ve allowed in have rummaged through the rooms and kicked over the furniture, that our darkest secrets find a sliver of light, and the pain—that atrocious rot that ate away at your core—is released again.” The character development is deft, the plot ingeniously imagined, and the conflict real. I was mostly interested in the internal conflict and the author allows readers to experience it by putting them into the mind of the protagonist. This is a story that features grit, adventure, and the struggle to make sense of life against the odds. Jennifer Vaughn infuses the writing with realism and humanity, crafting characters that belong here.

A great read, that tugs at the heart strings..

This book would be well served as a major motion picture. Loved it.

This book is very well written and depictes a great story about a boy that turned his life around and shows that so many people can do the same thing with hard work as well as alot of forward thinking.
Great read
This should be a motion picture